Dad of infant suing for hospital negligence after burn injury 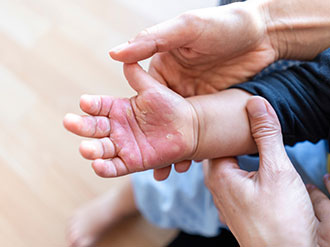 When a child is harmed due to the negligence of another person, it evokes feelings of anger and frustration in family members. A recent incident occurred at a hospital outside Louisiana that has led to an infant’s father planning to file a lawsuit against the hospital where his wife and child remain. The accident, allegedly caused by hospital negligence, draws attention to the need for hospital equipment to be kept in safe working order when it used in conjunction with patients’ care.

Apparently, medical staff determined that the man’s baby needed skin-to-skin contact with her mother when she was born. Some time later, because her temperature still seemed low, staff members decided to place the infant under a heat lamp. What happened next has caused a great upset for the family.

After the infant was placed underneath the heat lamp, it seems that a screw located near the light bulb portion of the lamp came loose. It is said to have fallen onto the baby’s bare skin, causing several serious burns. A nurse stated that she saw it happen as she came to the baby’s side and quickly removed the child from the warming apparatus. The child’s father said he does not believe that statement, because the severity of the burns suggests the hot metal had been in contact with his baby’s skin for more than a mere instant.

The mother said she planned to photograph her daughter’s wounds as the baby continues to recover in the hospital. In the meantime, the father is planning to file a legal claim for hospital negligence, saying that the facility should do a better job inspecting and keeping its equipment safe. Many parents in Louisiana have undergone similar incidents and have successfully obtained compensation for damages by filing claims on behalf of their children in court.