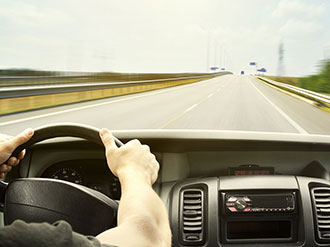 Under Louisiana law, unless uninsured motorist (UM) coverage is offered and rejected in writing, such coverage shall be implied into all policies issued in Louisiana that provide coverage for automobile liability. But can this statutory implication of UM coverage apply outside of Louisiana? The United States Court of Appeals for the Fifth Circuit has answered that question in the affirmative.

Absent an express waiver, Louisiana law implies UM coverage into every auto liability policy issued in Louisiana. The Louisiana UM statute goes on to provide that “its requirement for uninsured motorist coverage shall apply to any liability insurance covering any accident which occurs in this state and involves a resident of this state.” La. Stat. Ann. § 22:1295(1)(a)(iii) (emphasis added). The Louisiana First Circuit Court of Appeal in Triche v. Martin, 2008-1220 (La. App. 1 Cir. 5/8/09), 13 So. 3d 649, found this section of the Louisiana UM statute to place a geographical limit on Louisiana’s implied UM coverage, declining to extend coverage to a collision outside of Louisiana involving Louisiana residents. However, after a thorough analysis of Louisiana law, the United States Court of Appeals for the Fifth Circuit declined to adopt the First Circuit’s interpretation in Triche, and instead, implied UM coverage for a North Carolina accident under a Louisiana-issued policy.

In Boyett v. Redland Insurance Company, 741 F.3d 604 (5th Cir. 2014), the plaintiff, a commercial truck driver employed by a Louisiana company, was injured while making a delivery of lumber to a company in North Carolina when some of the lumber fell off a forklift operated by a lumber company employee and onto the plaintiff. The plaintiff subsequently filed a claim against his employer’s liability policy, which was issued in Louisiana, for the damage caused by the forklift as an uninsured motor vehicle. The policy did not include any mention of UM coverage. Because the employer never executed an express waiver of UM coverage, the plaintiff asserted that UM coverage was implied under the Louisiana UM statute. The defendant insurer argued that statutory UM coverage was not available to the plaintiff because the accident occurred in North Carolina, not Louisiana, citing La. Stat. Ann. § 22:1295(1)(a)(iii) for support. After reviewing the applicable Louisiana jurisprudence, law, and legislative history, the U.S. Fifth Circuit held that statutory UM coverage applies to collisions that occur outside of Louisiana under a Louisiana-issued policy.

Consequently, the Fifth Circuit held that Section 1295(1)(a)(iii) was legislatively intended to expand “the reach of Louisiana statutory UM coverage to out-of-state policies when the accident occurs in Louisiana and involves a Louisiana resident. It does not address Louisiana-issued policies, however, as they are already subject to [the Louisiana UM statute].” Id. at 609. Based on the Fifth Circuit’s holding in Boyett, when Louisiana law applies to an out-of-state collision, then UM coverage is implied, absent a valid rejection of such coverage.