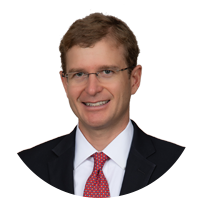 M. Palmer Lambert joined the Gainsburgh Benjamin law firm as an associate attorney in 2011 and became a Member in 2017. Born in New Orleans, Louisiana, he attended Tulane University, where he obtained the degrees of B.S. in Mechanical Engineering, Master of Business Administration, and Juris Doctor.

Palmer is licensed to practice before all Louisiana state and federal courts, including the federal Fifth Circuit Court of Appeals. Palmer also has appeared in a number of federal courts around the country, including in Arkansas, Florida, Ohio and New Jersey.