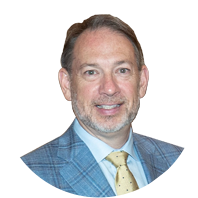 Mr. Morrison practices out of the Jackson, Mississippi office location.

Walter C. Morrison, IV was born in Baton Rouge, Louisiana on October 19, 1967 and raised in New Roads, Louisiana. He graduated from Catholic High School of Pointe Coupee in 1986 where he was a member of the 1986 State Championship Hornet baseball team. He graduated in 1990 from Louisiana State University with a B.S. in accounting. He attended Mississippi College School of Law where he was Production Editor of the law review and graduated with a Juris Doctor in 1993.

Walter’s practice started in Jackson, Mississippi when he joined Upshaw Williams in 1993 and focused primarily on the defense of personal injury cases. In 2000, Walter joined the firm of Sessums, Dallas & Morrison where he remained until January 2013 focusing primarily on plaintiff’s personal injury litigation, primarily medical malpractice. Walter became a member of Gainsburgh, Benjamin in January 2013 and he practices in both Mississippi and Louisiana.