Baby’s birth injuries caused by misuse of forceps during delivery 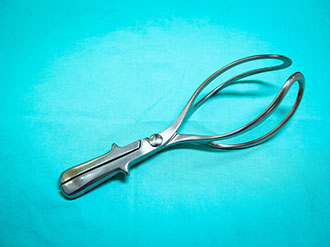 When a woman is admitted to a hospital to have a baby, she obviously entrusts both her own and her child’s life to the medical team who assists her. When something goes wrong, what was supposed to be a joyful experience can become tragic. Many birth injuries in Louisiana are caused by doctor negligence; such was the case in one incident in another state that led to a lawsuit.

The mother in the situation was brought to the hospital in December 2013 to have her baby, but a full two days passed before the birth actually occurred. The attending physician is said to have made several attempts to help the baby out of the birth canal using forceps. Rather than ordering an emergency cesarean section delivery after one or two failed attempts with forceps, the doctor did not do so until four separate attempts proved unsuccessful.

After the baby was born, she was flown to another facility for emergency care. She had suffered a partial fracture of her skull, as well as other very serious injuries. On New Year’s Day, 2014, the baby succumbed to her injuries after being disconnected from life support equipment. The baby’s father and mother filed a lawsuit, and the jury determined the doctor’s negligence had caused the child’s skull fracture and other severe injuries.

Louisiana allows those whose infants suffer birth injuries due to medical negligence to file malpractice claims in civil court, as the parents in this particular situation did. Among damages listed in such a claim, it is not uncommon to include emotional pain and suffering and loss of consortium. State laws vary on the amount of damages that may be sought as monetary recovery. Anyone considering filing a medical malpractice claim will want to seek clarification before proceeding to court.