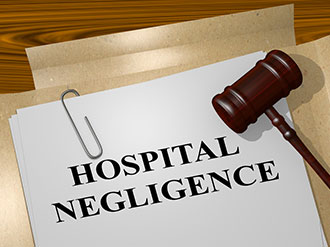 Many people in Louisiana and beyond have dreamed of becoming famous one day. None, however, would likely wish their notoriety to come by way of contracting a potentially fatal, communicable disease. This, unfortunately, is exactly what catapulted a nurse in a neighboring state to fame; she became ill, then filed a hospital negligence claim.

Nina Pham was thrust into the media limelight as a nurse who cared for the first patient to be diagnosed with the Ebola virus in the United States. She was part of a medical team who was appointed to care for the man. At some point, Pham became infected with the virus. She survived, but later filed a lawsuit against the hospital, asserting that not enough was done to protect her from contracting the highly contagious disease.

Allegations against the hospital included assertions that it did not provide needed protective equipment to keep medical staff members from contracting the illness. Questions were raised as to whether the hospital offered proper training to workers as to how to treat the illness. Pham also stated in her claim that the hospital invaded her privacy following her Ebola diagnosis.

A public announcement was recently made that the two parties have reached an amicable settlement in the case. In the past, Louisiana hospital negligence cases that have achieved favorable settlements have done so through assistance from skilled and experienced negotiators. A medical malpractice attorney is often able to provide this type of support in order to advocate on behalf of an injured victim and seek results that include appropriate recovery provisions.