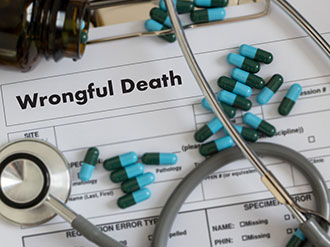 A family outside Louisiana made a recent discovery regarding a tragedy that occurred several years ago. In 2011, their 77-year-old man underwent heart surgery, but did not survive. A local newspaper from the family’s town apparently contacted the man’s family with startling information that led to their wrongful death claim for surgical errors against the doctor who had operated on their loved one.

The state where the man’s widow resides has a 3-year statute of limitations for medical negligence claims. Exceptions may be made when negligence is discovered beyond that time frame, as long as not more than five years have passed since the incident occurred. In this situation, the family learned that another patient had also died at the hand of the same surgeon who had operated on their loved one, and that he was later terminated from his position at the hospital because of those deaths.

There were apparently multiple fatal errors in both situations, but one issue each incident had in common was that both patients had been left on heart-lung bypass machines too long. The surgeon accused of negligence reportedly told a state investigator that his termination was made for political reasons and that he did not engage in any unprofessional conduct. Recent reports say the surgeon is currently employed at a hospital in New York.

Many families in Louisiana have experienced similar tragedies due to surgical errors that caused their loved ones’ deaths. The law allows immediate family members to seek justice against those deemed negligent in such situations. Anyone with questions about the claims process may seek answers by contacting an attorney who has experience with medical malpractice claims.

Source: host.madison.com, “Family sues Meriter over death after surgery by doctor who was fired“, David Wahlberg, Accessed on Aug. 17, 2016