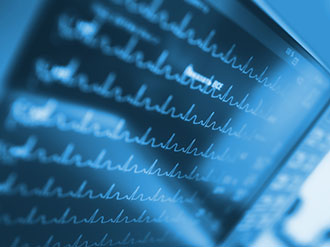 Patients in Louisiana and beyond often face legal challenges after becoming injured or ill during the course of professional medical treatment. Hospital negligence remains problematic in many areas, often caused by misdiagnosis, surgical errors or other medical mishaps. In worst cases, deaths have occurred; when a family suffers the untimely death of a loved one due to alleged doctor negligence, a wrongful death claim may be appropriate.

A woman whose mother died in 2013 was named as executor of her mother’s estate. In that capacity, she was authorized to continue a pre-existing medical malpractice lawsuit her mother had filed in 2011 against a doctor for his apparent misdiagnosis of a tumor in the mother’s central nervous system during his course of treatment from 2007 to 2009. The doctor claimed the patient suffered from some sort of eye ailment.

The daughter sought to amend the lawsuit by adding a claim for wrongful death. The defendants asked the court to dismiss the added claim, arguing that it was barred by the statute of repose in Illinois, where the case was pending. The statute of repose, which is often more strict than a statute of limitations, bars legal actions after a designated time period following some specific event (i.e. the doctor’s treatment of the patient). However, the appellate court ruled against the defendants, holding that the additional claim was properly filed since the defendants had notice of the medical malpractice claims when the lawsuit was filed originally. As such, no new facts were alleged with respect to the underlying claims of medical negligence.

Hospital negligence issues can be quite complicated and are often best addressed through experienced legal guidance. Any person who has been injured or become ill in a Louisiana hospital or other health care facility because of substandard medical care may pursue legal action by filing a claim against the party or parties deemed responsible for negligence. An attorney can enlist the testimony of various experts and investigate the events that led to an injury and/or death in order to prove a claim and seek full recovery for losses in court. As this case underscores, however, it is best to act as early as is reasonably possible after grounds for a legal claim arise.