Involved in a Road Rage Accident? What to Do Next 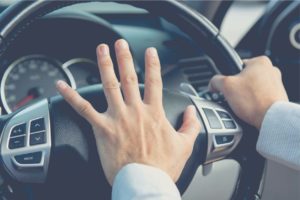 Does it ever seem like when you’re in a hurry to get somewhere, you get stopped at every light? The other drivers are moving at a record snail-like pace, and you just can’t seem to get where you need to be. It can be so maddening and cause you to lose your cool altogether. We’ve all been there. Road rage does not capture our finest moment, that’s for sure! What if the situation heightens, and you become involved in a road rage accident? These kinds of crashes can be caused by your own road rage or another driver. But either way, the consequences can be life-altering.

While we all know road rage behavior is unacceptable, it doesn’t always stop us from acting out. Road rage accidents are becoming more and more common today, so what are the steps you should take if you are part of such an accident? Let’s examine road rage in detail so you are prepared to handle it the best you can.

What Exactly Is Road Rage?

Yelling at the car in front of you, honking your horn, and swerving around other drivers are all part of aggressive driving and road rage behavior. But what different kinds of things should you be aware of, and what could be the cause?

These aggressive driving behaviors and road rage factors can be demonstrated in many forms, including:

Road Rage and What You Can Do

Simply driving fast and running a yellow light is not road rage. It’s when these things escalate into something more. If the situation becomes physical or there is verbal or other inappropriate action taken toward another driver, then it is considered road rage.

It’s important to stay calm if you feel like another driver is demonstrating road rage toward you. Do what you can to avoid an aggressive driver and let them move on.

What to Do Next After a Road Rage Accident

If you find yourself a victim of road rage and become part of an accident, the most important thing to do is stay safe. If the other driver approaches you, stay calm and do what you can to separate yourself from them. Also, don’t speak to them until the police arrive.

Other ideas to stay safe from a road rage driver after an accident include:

Being involved in any kind of car accident can be devastating. But when it’s happened because of road rage, the other driver’s harmful and dangerous behavior can cause anxiety and fear even weeks and months after the crash. That’s why hiring an attorney to work on your behalf can ease the burden and stress of handling everything on your own.

The lawyers at Gainsburgh, Benjamin, David, Meunier & Warshauer, L.L.C. can help analyze your case as well as the negligent party’s behavior. And then file a claim against them for you so that you can gather the compensation needed to cover medical bills, missed work, vehicle damage, and more.

Negligence on someone else’s part should not be something you have to pay for. Contact Gainsburgh, Benjamin, David, Meunier & Warshauer, L.L.C. (504) 522-2304 for more information on how we can help in your road rage accident case.