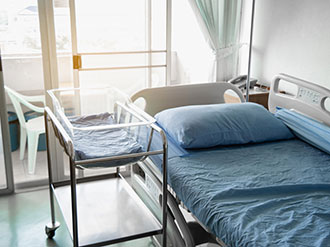 Parents whose child has permanent brain damage are reportedly grateful for a recent verdict that came after a two-week trial. The child was born in 2010. Approximately two years later, a lawsuit was filed in a civil court outside Louisiana against the hospital and clinic, seeking justice on behalf of the child for the birth injuries he suffered.

Attorneys for the defendants denied that wrongdoing or lack of proper care occurred during labor and delivery. The parents of the severely injured child asserted otherwise. They claimed that forceps were misused during their son’s birth. Also, there were reportedly breathing problems left unaddressed while the child’s condition continued to decline. The parents’ attorney further noted that there was evidence that the child’s electronic medical records had been corrupted.

Many babies have been born with assistance from forceps, which are pincer-like tools that encircle the head of an infant struggling to make his or her way out of the birth canal. After deliberating almost an entire day, the jury agreed that the misuse of forceps had caused the couple’s baby severe brain damage. He is expected to live an average lifespan, but needs much care because of his condition. The jury awarded $11.5 million, which should provide for all his monetary needs for the rest of his life.

Parents welcoming new babies into the world are not supposed to be left grief-stricken and devastated because of substandard medical care. Birth injuries occur in Louisiana hospitals and many medical facilities throughout the nation that often leaves families reeling with financial debt. In order to help them get their lives back on track, and provide for their injured children, medical malpractice attorneys are available to aggressively litigate on their behalves to seek accountability against all those deemed responsible.