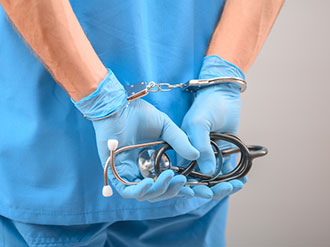 Not every woman admitted to the hospital to give birth has a good experience. Sometimes, doctor negligence often results in birth injuries that may cause permanent damage to a newborn infant. Louisiana parents may seek recourse through the legal system, as one family in another state recently found when the court awarded them $30 million.

The mother involved in the recent litigation had gone to a hospital in 2011 at 28 weeks pregnant. She apparently had experienced a significant decrease in her baby’s movements and was concerned. Medical staff admitted her to the hospital and were reportedly communicating with the on-call physician, who was at home at the time.

At some point the following day, the woman’s baby showed clear signs of distress. Typically, such situations result in emergency C-sections. However, for some unknown reason, the on-call doctor apparently declined to come to the hospital to assist the patient. A C-section was not performed until many hours later. Sadly, the length of time under which the baby sustained a decreased heart rate resulted in her being born unresponsive and needing resuscitation.

Though the initial legal claim named several defendants, the parents of the severely brain-injured child discontinued the case against one of the doctors, and several other residents were found not negligent by the court. However, the on-call doctor who stayed home during the crisis, was found negligent. The birth injuries caused permanent damage to the child, who can not walk, talk, see or eat by normal means. Any Louisiana parent whose child has suffered similarly can contact a medical malpractice lawyer for guidance with regard to filing a legal claim in civil court.