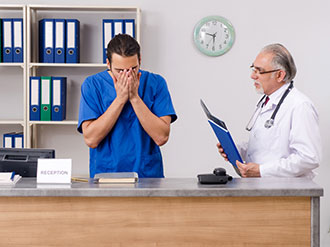 The birth of an infant is often described as miraculous. Many mothers in Louisiana can recall the joy and excitement they experienced as they carried their babies to term and brought them into the world. Others’ memories may not be so idyllic, especially if complications arose during pregnancy that required emergency medical attention. It is even worse for those whose children suffered birth injuries because hospital staff members were negligent.

A woman in another state was just over 24-weeks pregnant when she went to the emergency room because of vaginal bleeding. It was also noted that her baby’s heart was beating at 135 beats per minute. At that time, a registered nurse apparently addressed the situation, gave the woman Terbutaline (a drug typically used to delay labor and stop contractions) and sent her home.

Three days later, the woman returned to the same hospital because of continued vaginal bleeding, having also passed a very large blood clot. The reasons for these symptoms was, at that time, unknown. It was determined that the woman’s baby was breech and the placenta was positioned very low. The woman complained of abdominal pain and cervical pressure. She was again discharged, and, after a third trip to the emergency room, with more Tribulatine administered for similar symptoms, staff members scheduled the woman’s case to be discussed at a high risk meeting in the near future.

Three days later, the woman went to a medical center in another state, where doctors determined that a cesarean section was necessary. The woman’s baby was delivered but suffered from cerebral palsy and other serious birth injuries. She has filed a legal claim against the medical center in WV, as many parents in Louisiana have done in similar situations, stating that the repeated negligence was responsible for her child’s permanent injuries.