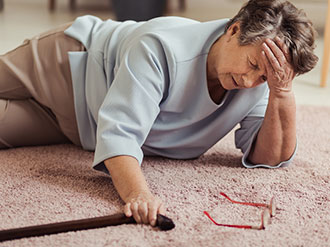 Many Louisiana residents will, at some point in their lives, take up residence in nursing homes or other assisted living facilities. Upon doing so, they have the right to assume that reasonable care and precautions will be taken to protect their safety and physical well-being. Sadly, throughout the nation, there have been many instances of nursing negligence that have resulted in legal claims being filed against those whose substandard care has caused injury or illness to others.

When a nursing staff fails to adhere to proper procedures, protocol and/or the accepted standards of care, it can be disastrous for those who have entrusted themselves to their services. Stories abound of nursing home residents suffering abuse at the hands of their caretakers. In addition, there are countless reports of assisted living residents who have suffered injuries because they were not properly supervised or helped when needed.

A recent incident took place in Chicago that has resulted in a legal claim being filed against a nursing and rehabilitation center. The situation involves a woman who was a resident of the center during March 2014. She reportedly suffered physical injuries after falling out of her wheelchair. Her legal claim also tells of other incidents of neglectful care and treatment.

The current case seeks compensation of more than $50,000 for damages against the facility for its alleged nursing negligence. The adverse effects of a fall or other injury can be long-lasting and devastating for recovering victims and their families. Anyone in Louisiana facing this type of legal problem can contact an experienced medical malpractice attorney for assistance. The law protects those who suffer injury due to another person’s negligence.