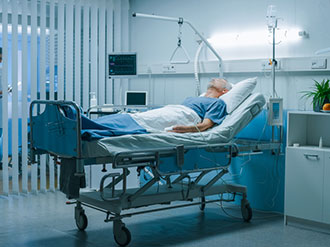 After undergoing a surgery, a person generally hopes things will go smoothly for them health-wise in the days, weeks and months following the procedure. Unfortunately, some patients don’t get this hoped-for situation. Some end up facing post-surgery complications. One such complication is a surgical site infection.

Such infections can have significant effects on a person’s health. They sometimes even cause a person to have to go back to the hospital. A recent study indicates that surgical site infections are behind a fair portion of post-emergency-surgery hospital readmissions.

The data of over 177,000 adults who underwent an emergency general surgery was analyzed for this study. The surgeries occurred between 2007 and 2011 and varied in the problems they were aimed at addressing.

The study found that almost 6 percent of the above-mentioned individuals ended up being readmitted to a hospital in the 30-day period following their surgical procedure.

This underscores how prevalent of a problem post-surgery surgical site infections are and how impactful they can be. It is very important for surgeons and other medical staff involved in surgeries to take appropriate steps for preventing such infections. It is also important for doctors and hospitals to act appropriately when treating post-surgical infections. If a patient suspects that a post-surgical infection they developed came about through or was made worse by a hospital, doctor or nurse not acting properly, they should consider talking to an attorney about whether they would have grounds for pursuing a medical malpractice case.