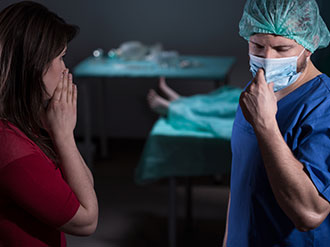 Substandard medical care can have tragic consequences for victims. In Louisiana and beyond, medical patients are often injured, made ill or even killed due to hospital negligence, surgical errors and other forms of inadequate care. Sadly, a family in another state experienced the latter when a young surgical assistant became a patient at the hospital where she worked.

The 29-year-old wife and mother of two suffered from Guillain-Barre Syndrome, and she was admitted to the hospital to receive temporary breathing assistance. What was supposed to be a common procedure for patients who suffer this condition turned deadly, leaving the woman’s husband to raise their two infants alone. Several of the defendants named in the initial case settled out of court; however, one doctor went to trial.

Evidence showed the doctor had not performed the surgical procedure to help the woman breathe in the proper manner. She was only getting about half the air she needed, and although medical staff knew this, nothing was done to rectify the situation. Matters grew worse when nurses turned the woman over, causing her breathing tube to become fully dislodged and leaving her without oxygen for an extended period of time. The woman lived in a nursing home in a vegetative state for quite some time before she died due to her injuries.

No information was given regarding the monetary amount of the settlements, but the trial against the doctor for surgical errors ended with the jury awarding the woman’s family $20 million. The husband’s attorney said they hope the verdict inspires medical professionals to take better care of their patients in the future. Although monetary compensation cannot replace a human life, successfully litigated cases in Louisiana often help grieving families by providing monies that can offset expenses associated with a loved one’s wrongful death.