Are nurses eligible to serve on Medical Review Panels? 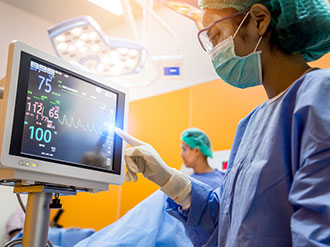 A hospital and two of its nurses were the only two respondents named in a medical review panel complaint. The plaintiffs nominated a nurse to serve on the panel. Defendants objected, contending that only a physician could serve on this panel. The plaintiffs countered by refusing to nominate a physician arguing that the MMA allows for health care providers of the same class and specialty as those eligible to serve. The chair advised that he had no authority to settle the dispute, and the hospital filed a motion to compel the plaintiffs to “comply with the MMA.” The trial court ruled that the MMA “contemplates that only medical doctors serve on a medical review panel.”

In considering the plaintiffs’ supervisory writ, the appellate court noted there were “no reported Louisiana cases that squarely address[ed] this issue.” The plaintiffs argued that the MMA’s provision for appointment of a “health care provider” to the panel, by definition, is not limited to physicians. Contrastingly, the hospital’s position was that despite including the nurses as individual respondents, the hospital was “in effect” the only party respondent, thereby requiring that all panelists be physicians as per the terms of the MMA.

The statue at issue was La. R.S. 40:1299.47, particularly, part C(3)(j). In support of its position, the hospital relied on the following portion of the statute:

If there is only one party defendant which is a hospital, community blood center, tissue bank, or ambulance service, all panelists, except the attorney shall be physicians.

In its consideration of the foregoing arguments, the court found notable Section 1299.47A(1) relative to the minimum requirements for filing a panel complaint and recited part (b)(vi), which requires that a request for review contain “a brief description of alleged malpractice as to each named defendant health care provider.”

The court reviewed the plaintiffs’ panel request and noted that all of the negligence allegations therein pertained to the actions and/or inactions of the nurses and determined that no independent basis for liability of the hospital was alleged. Accordingly, the court concluded that there was “effectively,” only one defendant in the case because Schumpert could only be vicariously liable to the plaintiffs, and in such circumstances, the MMA mandates that the panel be composed of physicians only.